What is the Difference Between Gyro and Shawarma? 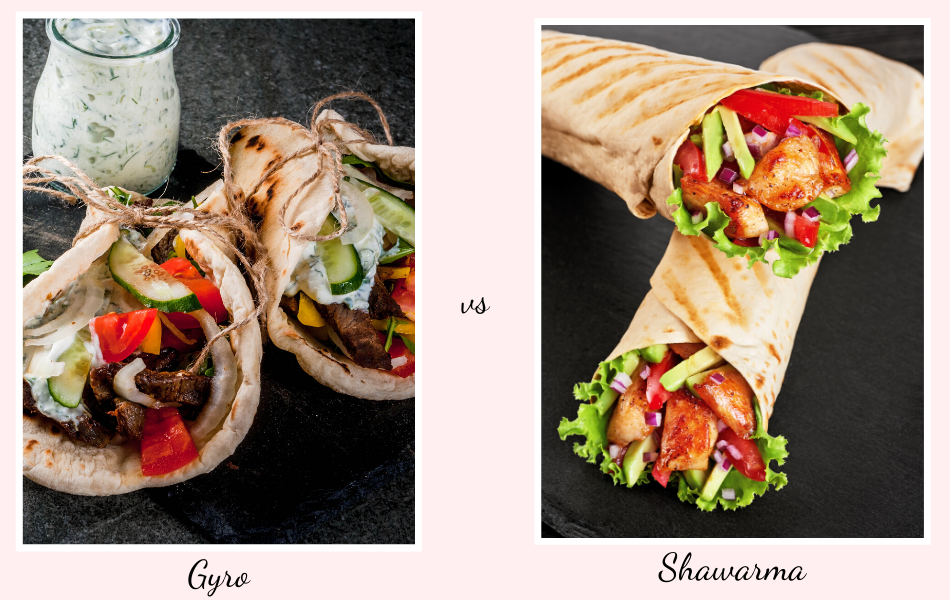 Food is an interesting universal concept. While countries are separated by miles, and continents by oceans, there are some meals that fall in common t

What are 5 basic cocktails?
5 Best Dining Apps for 2018
5 Amazing Drinks Made With Gin

Food is an interesting universal concept. While countries are separated by miles, and continents by oceans, there are some meals that fall in common to different countries –the only distinctions being their names. Main dishes in some parts of the world are eaten as side dishes in other parts. These make for an interesting antecedent when comparing Gyro and Shawarma.

The two dishes are stapled meals from Greece and the Middle Eastern part of the world and have diffused, along with other parts of that culture, to the mainstream western world. Typically homemade in their countries of origin, Gyro and Shawarma have been infused into the western lifestyle of the street and fast food cuisine. While both are loved and enjoyed by a large segment of the population, their similarities often result in confusion for consumers who do not know the difference between the two meals. To save you the stress of asking, here are the differences between Gyro and Shawarma.

Yes, it is pretty obvious but the most generic difference between these two delicious meals is their names, which indicate their origins. Gyro is the Greek name for ‘turn’, while Shawarma is the Native Arabic word for ‘turn’. Each of these names was given by the locals in these countries because of the method of cooking the meat used in preparing the dishes.

Both Gyro and Shawarma are wraps of flatbread with a mixture of some type of meat and vegetables. For Gyro, lamb or beef is preferred while Shawarma can be made with any type of meat from goat to chicken. The differences in meat naturally have an effect on the taste of each dish.

As mentioned, recipes and locality of a dish create distinctions. Gyros are made in shorter periods of time since lamb doesn’t require long marinating, with very few spices. Shawarma, on the other hand, can’t be made until the chicken, beef or turkey has marinated for a few hours at least (it can be marinated for a day) with spices like bay leaves, cinnamon, dried lime and vinegar. These varying styles of marinating also determines how much the spices will reflect in the final dish.

Other than the meat, there are other fillings that complete the wrap for Gyro or Shawarma. This brings about another distinction as the filling for Gyro is basically tzatziki sauce, tomato, onion and the lamb/beef. Shawarma can be filled with any type of vegetable and any type of meat including sausages.

Now that we’ve established their differences, we can conclude that it doesn’t matter how these two are simply delicious.