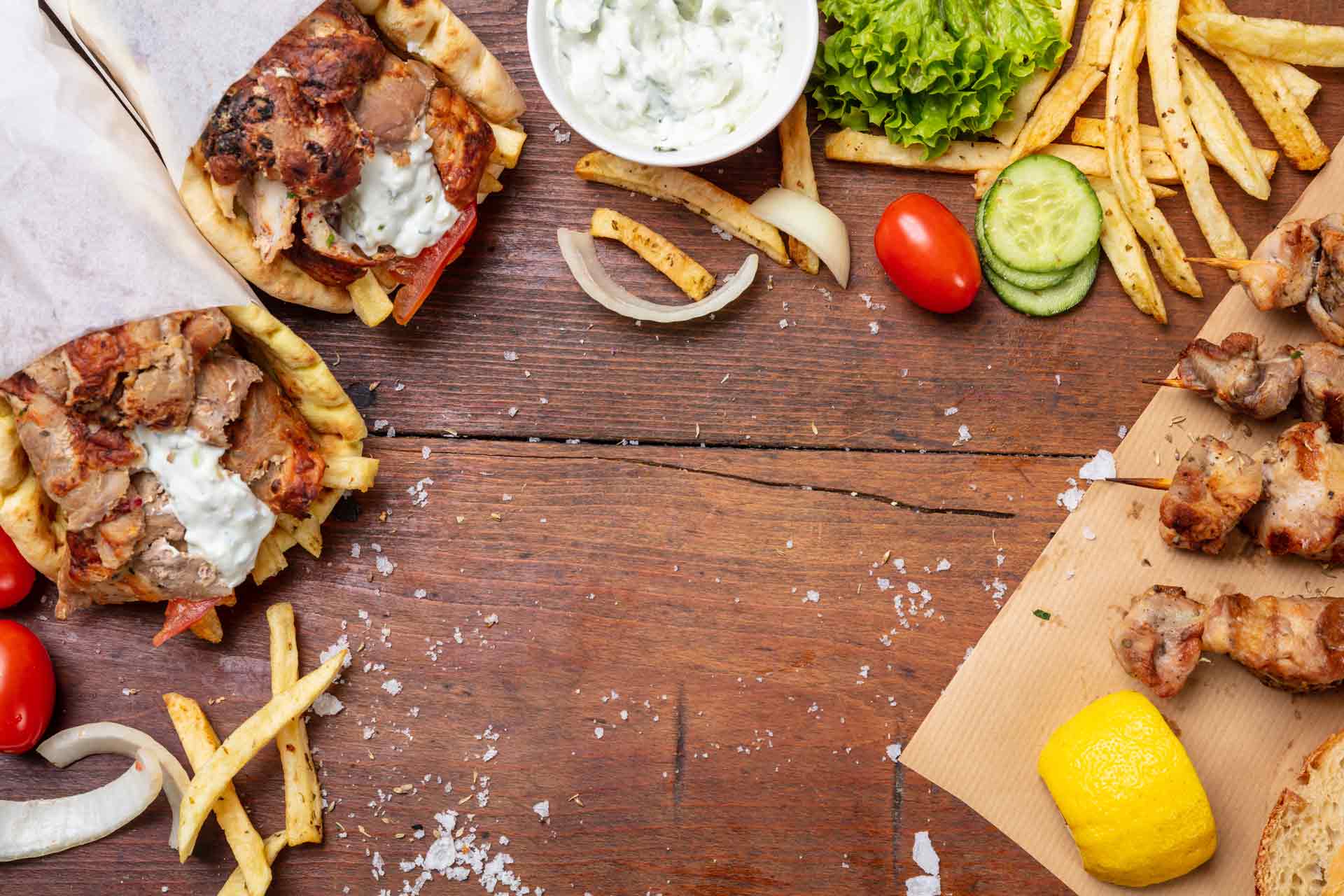 Being overwhelmed with Chinese, Indian, and Italian cuisine, most people tend to ignore the wonderful ingredients and recipes from less popular countr

Being overwhelmed with Chinese, Indian, and Italian cuisine, most people tend to ignore the wonderful ingredients and recipes from less popular countries. For instance, besides amazing patterned artworks and traditional music, the Middle East is also acknowledged for its unique cuisine.

Both Gyro and Shawarma are descendants of Döner – a classic dish found in Turkey. However, since they come from different regions, their flavors aren’t exactly the same. To find out why, here are some interesting facts about these juicy, elegant meals:

To start discussing the differences between Shawarma and Gyro, one must start with a little lesson in history. In the past, Turkey was a large empire run by sultans, also known as the Ottoman Empire. Being close to Middle Eastern countries, Turkey has always shared some recipes with them. What you know as döner is actually a Turkish version of Lebanese shawarma.

During its prime, the Ottoman Empire’s territory was amazingly large, reaching the Balkan peninsula and stretching even to Romania. Of course, the first stop on Balkan territory is Greece, and that’s why you can see a lot of Turkish and Middle-Eastern influences in Greek cuisine, including Turkish coffee, lokum, and gyro.

Some of these recipes also spread to other countries. For instance, Turkish coffee is still served across Macedonia and Serbia. However, these countries didn’t copy the exact same recipes but added their own twists to them.

The main ingredients for both gyro and shawarma are bread, meat, sauces, and veggies. The meat is roasted on a large stick, while the vegetables are usually fresh. After the meat is cooked, it’s sliced into thin elegant pieces and wrapped in freshly baked flatbread.

The Middle-East is mainly Muslim, while Greece is Orthodox Catholic. This plays a large role in the ingredients. For instance, Greeks usually use pork and chicken in their gyros, while Arabs prefer lamb and beef. Besides the meat, another difference between gyro and shawarma is that the former is usually swimming in French fries. Because of this, eating a gyro is much messier than eating shawarma.

A traditional Greek classic is tzatziki sauce. Made from drained cucumber, olive oil, yogurt, garlic, lemon juice, and herbs, Greeks add this sauce in almost everything, including gyro. Since it is a traditional Greek recipe, you cannot find tzatziki in shawarma.

Instead, you can find hummus, tabbouleh, and tahini. However, shawarma is more about the flavor of the meat, rather than the types of sauces used. This is why shawarma meat is marinated all day long with tons of flavors like garlic, dried lime, cinnamon, and cardamom.

Whatever choice you make between these two, you won’t be left disappointed! Soon afterward, you will start looking for various recipes online, hoping to get the flavors right.

Andrew Ross October 24, 2022
Are you worried about protecting your house from pests and rodents but unsure how to do so? The key to pest prevention is being proactive. A single ra [...]
Read More

Andrew Ross October 24, 2022
Are you worried about protecting your house from pests and rodents but unsure how to do so? The key to pest prevention is being proactive. A single ra [...]
Entertainment

Sativa X Indica: What Is The Difference For First Time Users

Andrew Ross September 16, 2022
If you just entered a cannabis store, or if you feel like you don’t understand how the cannabis plant works, we hear you! We know that sometimes it ca [...]
Home Improvement

How to clean a concrete patio with a pressure washer?

Andrew Ross August 19, 2022
No matter if you’re thinking about fleet washing or merely pressure washing your driveway, knowing how to do it makes a huge difference in your result [...]
Health

Andrew Ross April 5, 2022
These days, many people can be seen to host house parties during holidays or weekends. It helps release stress as well as provides quality time to spe [...]